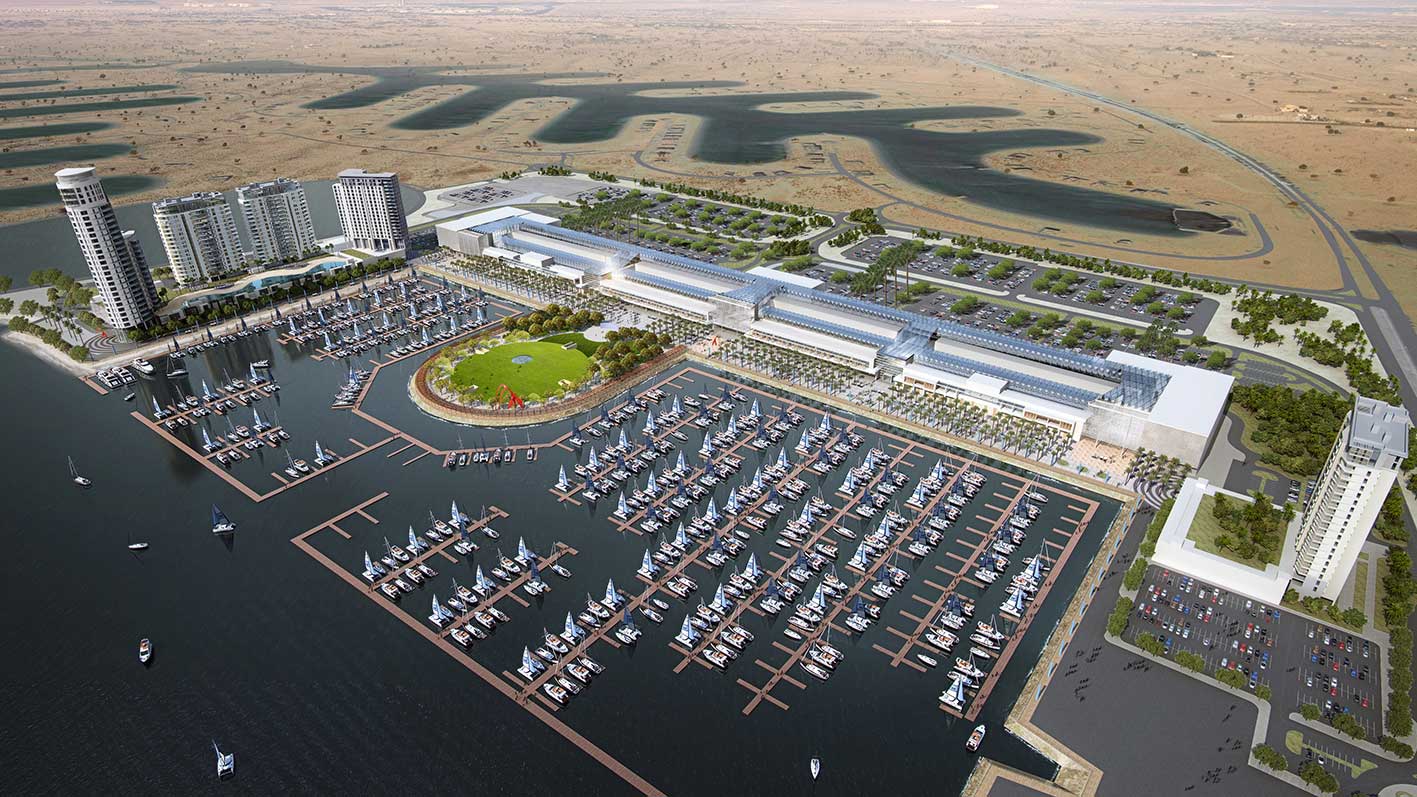 Tamdeen Group – Kuwait’s leading mixed-use property developer that is reshaping the urban and social landscape of the country through innovative projects – has announced the multi-million dollar Al Khiran development which will be at the heart of the Sabah Al Ahmed Sea City.

Valued at US$ 700 million, the resort-style project which will be spread across 350,000-sqm of water-front will eventually create significant opportunities for Kuwait’s tourism and business growth. A one-of-a-kind development, the project will include Kuwait’s first high-end Outlet Mall, two high-rise residential towers, one furnished apartments tower, a marina to house over 900 boats – the biggest in Kuwait - and a 5-star resort style hotel with an international spa component.

Launching the project, Mohammed Jassim Khalid Al Marzouq, Chairman of Tamdeen Group said: “We believe in Kuwait, in its economic future and its excellent legal systems. The new found cooperation between the Government and Parliament has given us even more confidence to invest further in Kuwait. Today we have projects worth US$ 2 billion in the pipeline.

“Kuwait is recognized as a country that has one of the world’s highest per capita income estimated at US$ 48,260*, which means the country is well-placed to drive growth across different retail segments. It also remains one of the most underserviced markets in the GCC in terms of quality retail space.

“Kuwait’s economy is among the strongest in the region and in a country where 45 percent of the population is in the 20-39 years age range, household spending on international brands within the retail sector is on the rise. This is where Al Khiran will offer value not just in terms of shopping but an overall customer experience.”

The Tamdeen Group has been developing significant shopping center and mixed-use properties over the last two decades. The Group has built the iconic 360 MALL and the Al Kout waterfront project, both of which have become important symbols of Kuwait. Their unique architecture makes them one-of-a-kind destinations offering an unmatched shopping experience for their discerning customers. Al Khiran will add to that offering in its own unique way.

“We also believe that Kuwait has huge untapped potential for ‘conservative tourism’ and this project will attract people from our three large neighbors creating a new destination,” added Al Marzouq.

The 75,000-sqm luxury Outlet Mall within Al Khiran will have the finest mix of luxury and premium brands. The entire mall will have an outdoor ambience with indoor streets covered by continuous skylights to provide natural light.

Designed by leading international architects RTKL, the mall will have a unique resort-style architecture which will incorporate traditional Arabic motifs. The mall’s façade will add to its identity providing a highly sustainable solution which filters light and provides shade. A continuous covered arcade will showcase the retail elements and provide comfortable seating for various restaurants.

A lot of thought and input has gone into landscaping design for the entire project which in itself will be an attraction for tourists and residents alike. A massive promenade covered with palms will create the pedestrian space between the mall and the marina. Celebrated landscape architects PWP from the USA have worked hard to create the landscape link for the entire project while providing terraced seating options for customers’ dining pleasure.

The most iconic landform will be at the centre of the development. The Al Khiran Park with its rich and varied vegetation will include a variety of open air attractions for children as well as huge performance spaces. This in itself will create a powerful magnet for all of Kuwait.

Al Khiran will become the entertainment and commercial cornerstone of the new community at Sabah Al Ahmed Sea City and surrounding areas of over 200,000 people. The residences will provide a resort-style, home-away-from-home for the discerning Kuwaiti with access to some of the finest leisure facilities, private swimming pools and a ‘beach front’. A 5-star hotel with an international spa will attract both Kuwaiti residents and tourists alike.

Al Marzouq further explained: “Tamdeen Group companies have been known to deliver high-end, world-class quality projects that rival the very best in the world. Kuwait has been witnessing a 6.6 percent average rise in tourism* and increasing demand for domestic spend on luxury products and services. Projects like Al Khiran fulfil that national expectation and Tamdeen Group is honored to be a catalyst to the country’s overall economic, retail and tourism growth.”

Today, the Tamdeen Group of Companies has a combined paid up capital of US$1.35 billion with close to US$ 4 billion in assets, making the group one of Kuwait’s most significant private-sector players.