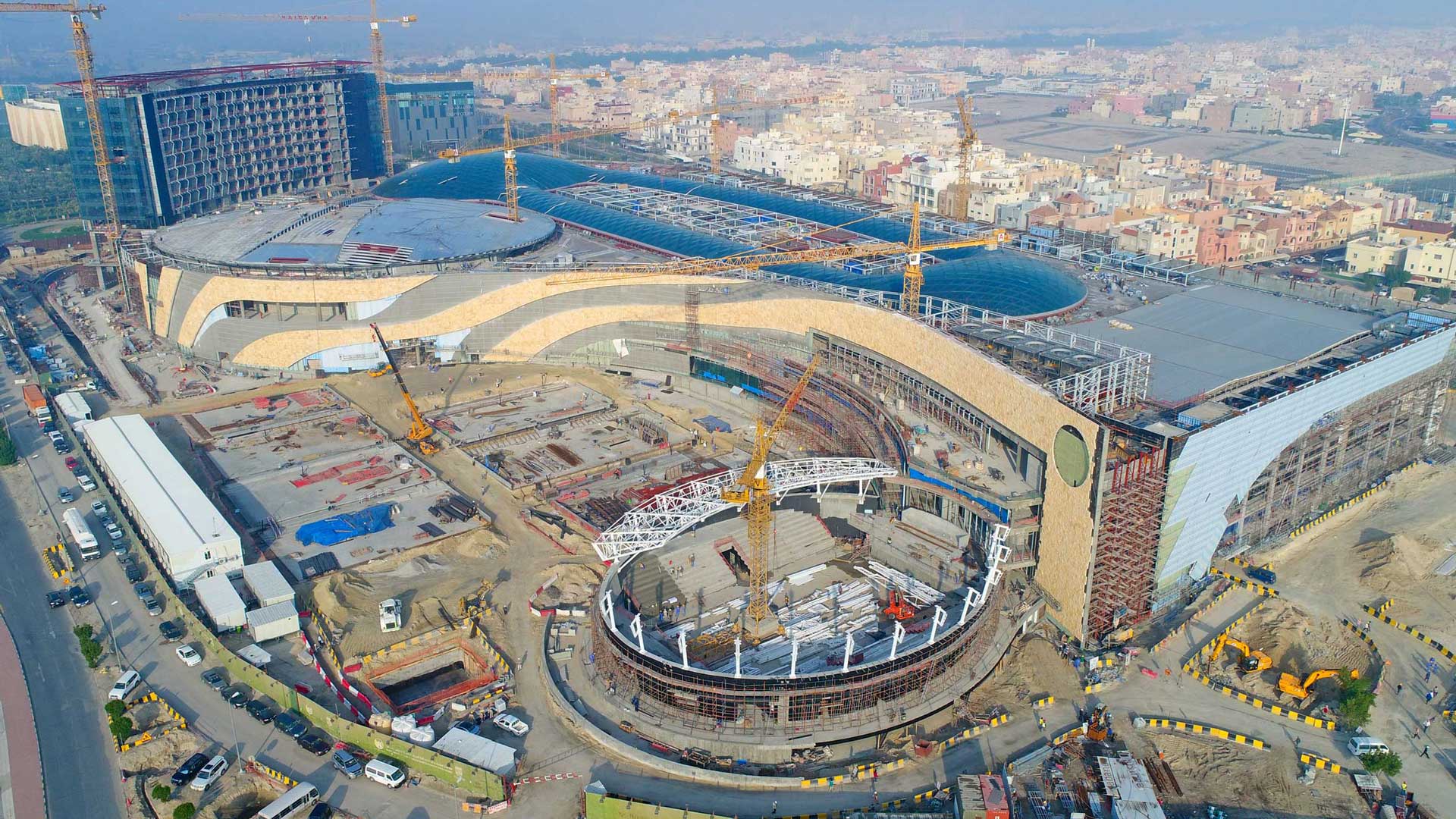 Fulfilling its commitment to "DELIVER THE PROMISE " Tamdeen Group, Kuwait’s leading mixed-use property developer, revealed that it has marked a new milestone in the progress of the Shaikh Jaber Al Abdullah Al Jaber Al Sabah International Tennis Complex that will position Kuwait as a preferred international tennis destination in the region.

Shaikh Jaber Al Abdullah Al Jaber Al Sabah International Tennis Complex is one of the pioneering and significant public-private partnership projects in Kuwait and the biggest sports project in value and size under the Kuwait Public Authority for Sport since its establishment. Through this partnership, Tamdeen Group is demonstrating its vision and commitment to innovative design, construction, and excellence in operation and maintenance. The venue will be home to the biggest international tennis academy in the Middle East in coordination with the Kuwait Tennis Federation, giving Kuwaitis access to world-class facilities and coaches as tennis continues to gain popularity as one of the world’s most significant sports.

With an overall construction – built up area of 263,430 square meters, the project will be the first multi-facility and services complex for tennis in Kuwait, housing the main headquarters of the Kuwait Tennis Federation and 18 courts, including the main tennis stadium covered court with more than 5,000 seats, and has a secondary open court with 1,500 seats. In addition to eight covered courts and eight open courts, all of which are equipped with cutting-edge facilities while maintaining captivating architectural design. The complex also includes a five-star hotel and an exclusive selected array of retail shops.

The 18 tennis courts will be equipped with a world-class facilities and technology. The courts’ surfaces are made from ProCushion acrylic, the latest in the tennis world and are favored by athletes, in addition to the state-of-the-art soundproofing technology and the adjustable and fixed seats in the stands designed by world renowned Sir Norman Foster and made by Figueras.

Connected to 360 MALL, one of the most popular malls in Kuwait, the Shaikh Jaber Al Abdullah Al Jaber Al Sabah International Tennis Complex will benefit from visitors turnout, which is forecasted to exceed 11 million visitors per year. The complex will drive awareness of tennis and healthy living among Kuwaiti youths and drawing a new generation of fans to the sport

In this regard, Mohammed Jassim Khalid Al Marzouq, Chairman of Tamdeen Group, said: "This major development embodies the capabilities of Tamdeen Group in realizing its goals in leading the development of mixed-use projects in Kuwait that meet the aspirations of Kuwaiti society as a whole, a society whose wise leadership views sports as a means for progress." He added: "In cooperation with the Public Authority for Sport and Kuwait Tennis Federation, we will work together to develop and support young sport talents in the country by providing the facilities and training for talented tennis players in Kuwait. Through the Shaikh Jaber Al Abdullah Al Jaber Al Sabah International Tennis Complex, we will provide a fertile sports environment for training Kuwaiti athletes to excel in international sports. Today we have reached advanced stages in building this creative sports monument, which will put Kuwait and its championships on the international sports map."