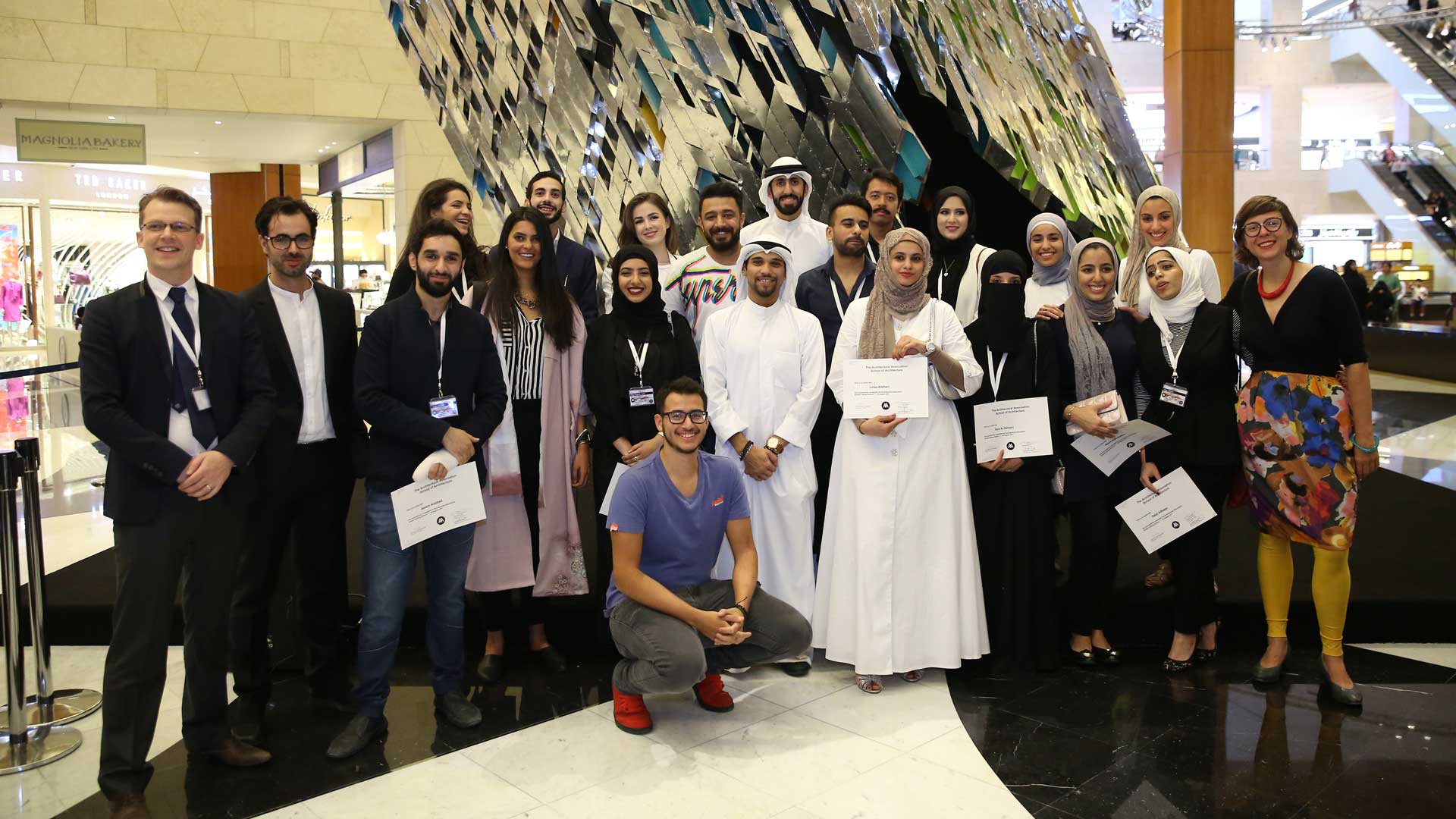 The Architectural Association (AA) is the UK’s oldest and only remaining private school of architecture, Following the 12-day workshop, a 1:1 scale architectural pavilion was produced and is currently displayed at 360 MALL

Tamdeen Group is the Golden Sponsor for the UK Architectural Association Visiting School Program (AAVS) 2017 in Kuwait, which brings together architecture students, academics and practicing professionals to explore the latest in architecture and design ideas and methodologies from around the world.

Founded in 1890, the Architectural Association (AA) is the UK’s oldest and only remaining private school of architecture with world renowned graduates such as Zaha Hadid, Richard Rogers, Rem Koolhaas, Steven Holl and many more. Headquartered in London, where students attend full-time courses, the AA also runs a global initiative ‘AA Visiting School’, which delivers short courses open to academics and professionals alike in more than 50 countries around the world every year, including Kuwait.AAVS Kuwait 2017 commenced on 7th August 2017 and ran until 19th August 2017 at Masaha13, a non-profit art and cultural space in Shuwaikh Industrial Area. Over 12 days, a series of workshops were held, which focused on the theme of ‘Emergent Constructions.’ These workshops revolved around investigative information-based design and digital fabrication techniques and incorporated them in a project to construct a 1:1 scale architectural pavilion.

The display will be present at 360 MALL till September 2nd in The Main Atrium.The installation incorporated local Kuwaiti cultural specificities through the interplay between the information gathered before the construction and the new implied facilities for movement, views, seating and social interaction embedded within the designed structure.The project brought together around 20 Kuwaiti participants from Kuwait University, College of Architecture and from architecture and design firms in Kuwait, in addition to one professional participant from Australia.“As part of our community engagement and social responsibility, Tamdeen Group has always been committed to the encouragement and nurturing of local Kuwaiti talents, and helping them push the boundaries of their creative and intellectual output and ideas,” said Muath Al Roumi, GM-Group Corporate Marketing. “Today, we are proud to be the Golden Sponsor for the AAVS programme, which offers a unique opportunity for Kuwait’s architecture and design community to engage with their peers from across the world.”“The AAVS is honored to receive the support of Tamdeen Group for their contribution to adancing the education of architecture in Kuwait by helping to bring the latest innovative methodologies for digital design and fabrication with respect to social, cultural and environmental contexts of Kuwait” said Sulaiman Al Othman.