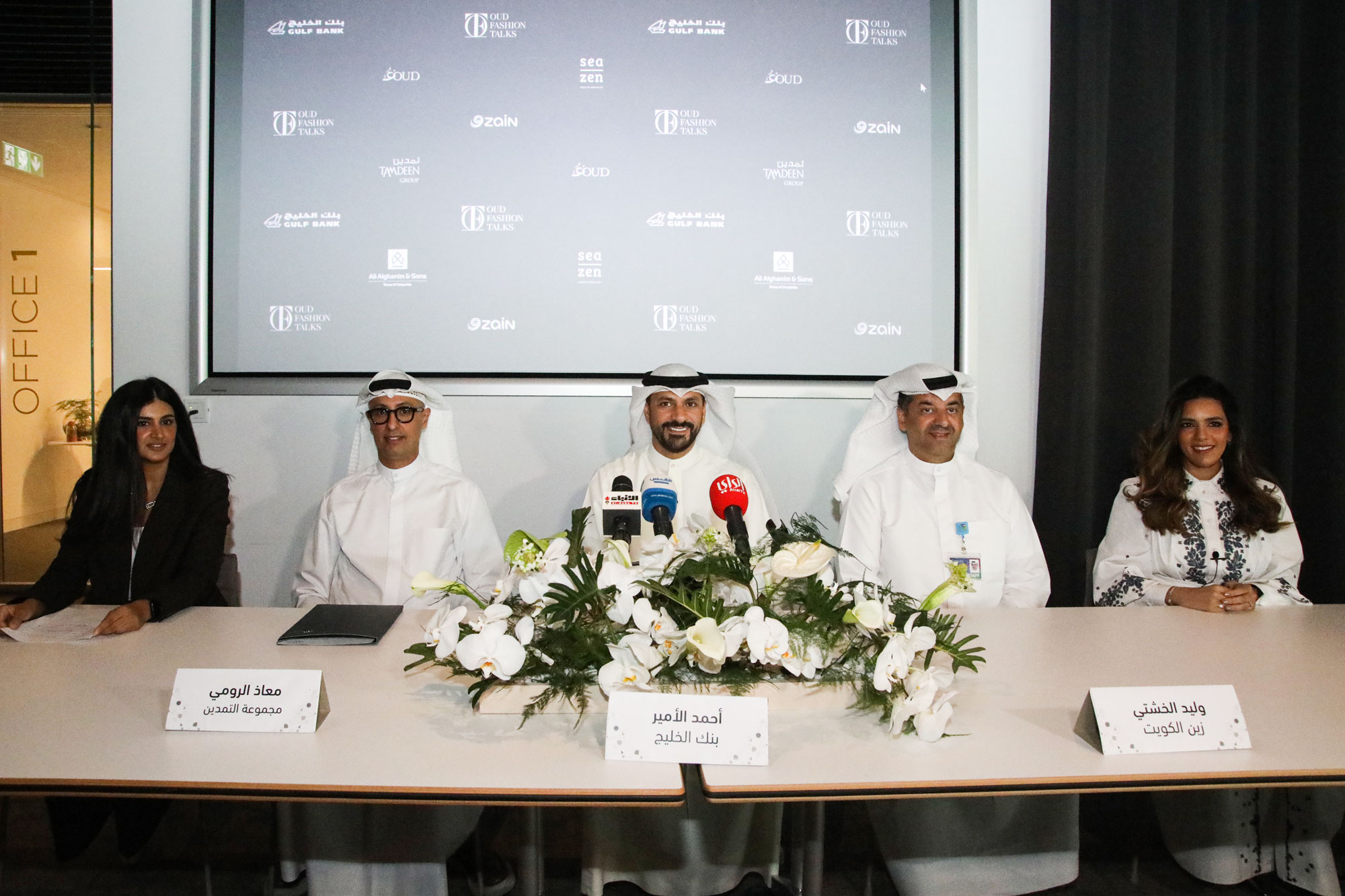 Oud Fashion Talks  was founded in an attempt to spark a conversation about important topics related to fashion and the creative industry, like the growth of sustainable fashion. Zainab Alabdulrazzaq, OFT Founder expressed, “Kuwait has always been a destination for fashion and creativity, especially in the fashion sector. It’s about time for such initiatives to be born with all the evolution and openness in the region. It just motivated us to keep up with it all. We look forward to organizing and hosting more panel editions, which will be announced in due course”

OUD Fashion Talks was launched during a gala dinner at Sheikh Jaber Al Ahmad Cultural Center (JACC),where guests were greeted with an exhibition showcasing designs by local fashion designers who have made sustainability in fashion part of their brands’ core values. Guests also got the opportunity to speak one-on-one with the designers and get an up-close view of their works. Guests were then escorted to the dining hall designed byFaberge events, where representatives of the esteemed partnering companies gavespeeches about the importance of supporting the creative community and sustainability in fashion. The speeches were followed by a seated dinner catered by SeaZen Catering Group and the audience was entertained with live music by a traditional Kuwaiti band.

The following day, Oud Fashion Talks was officially launched, and the conference included a series of panel discussions with experts and power players who took part in shaping the fashion scene inKuwait and the region. These panels have served as a link between Kuwait and the international world of luxury, focusing on sustainability, highlighting challenges in the fashion and creative industries within the region, building a community, nurturing emerging talents, and promoting investments in local creatives and designers.

The event also shed light on local Kuwaiti fashion designers, where the founder of BoF ImranAmed moderated a session hosting Bazza AlZouman, Fawaz Al Yaqout, and Haya Al Abdul Kareem, and allowed them to exchange and gain knowledge and experiences along with the audience.