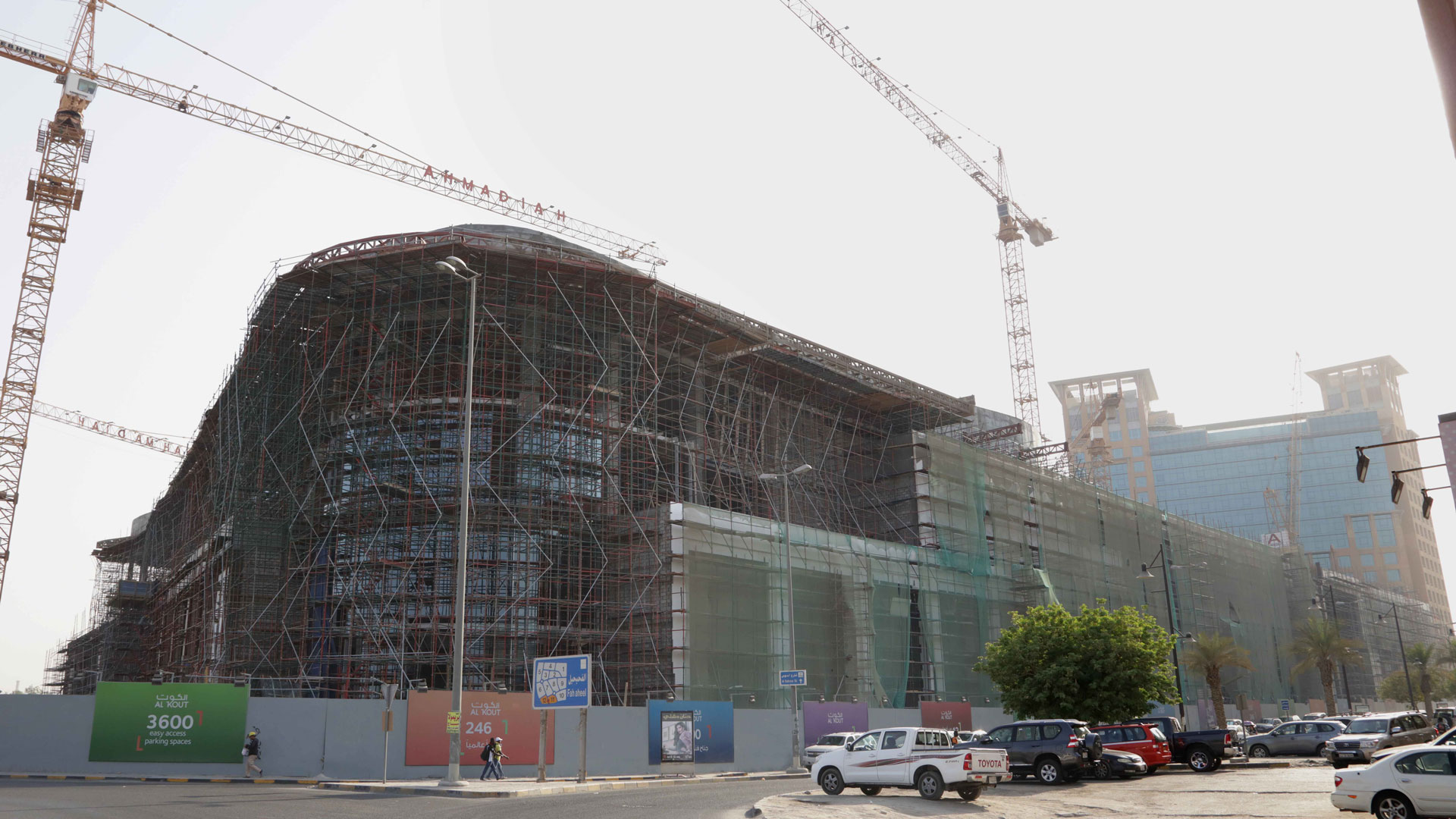 The new mall is part of the overall AL KOUT development in the Ahmadi Governorate. When completed, the development will offer six different experiences including hospitality, shopping, marina, a fishing wharf, leisure and entertainment.

With the signing of major key and anchor tenants such as H&M, Zara, GAP, Victoria’s Secret, Sephora, Massimo Dutti, Banana Republic, Jack Wills, COS, Mamas & Papas, Mothercare and several others, as well as F&B brands like Vapiano, PF Chang’s, TGI Fridays etc., leasing of the 260 units for Al Kout Mall is ongoing with huge interest from several leading international and regional players.

In addition, through the redevelopment and expansion of the existing Al Kout mall and its transformation into Souq Al Kout, the project will boast over 100,000 sq.mtrs of retail space, making AL KOUT a super-regional mall and the largest mixed-use waterfront project in southern Kuwait.

Mohammed Jassim Khalid Al Marzouq, Chairman, Tamdeen Group said: “Our objective is to create a vibrant new destination for the south of Kuwait, offering several attractions to our consumers. We want to create a destination for visitors from Kuwait and from outside, particularly the GCC. This grand project is an example of our commitment to creating mixed-use developments, much like the iconic 360 MALL, which will go beyond the retail experience.”

Fashion will be a major component of the new mall with over 50 percent of the mall catering to a variety of fashion brands. In addition there will be significant entertainment for families including Cinescape Cinemas, the well-established Infunity and a new Sky Zone concept. F&B will also be a significant part of the mix, offering some of the best options in casual dining restaurants as well as a state-of-the-art food court. There will be a special focus on perfumes and cosmetics to cater to specific preferences of the Ahmadi clientele.

Ahmed Al Sarawi, CEO of Tamdeen Shopping Centers, said: “Construction of the mall is on schedule leading to a 5th October 2017 grand opening which will completely redefine the shopping experience for people not just in the Ahmadi Governorate but also for those with weekend homes along the coast. While time is of the essence, the project quality is most important for us. Tamdeen projects are well known for their quality of design and attention to detail. Our contractor, Al Ahmediyah, is fully aligned to meet our objectives.”

Managed and operated by GLA Management, a professional mall-management firm, the balance retail space is currently under negotiation with other popular brands.

Christian Wistrom, General Manager – Leasing, GLA Management, said: “We are absolutely delighted that the project has received so much interest and we anticipate that it will be fully leased well before the opening of the mall in October 2017.

“This strong demand is a reflection of the quality of the project as well as the positive experience of retailers with existing Tamdeen projects.”

Beyond existing brands, Al Kout Mall will also boast new to market brands which will be introduced to Kuwait residents for the first time. Some of these innovative brands are Sky Zone, Adidas Originals, Charming Charlie, Kiko and several more to be announced before the opening.

The project is aligned with Tamdeen’s strategy of transforming the modern retail sector in the country whilst encouraging high impact retail entrepreneurs to contribute towards innovation in modern retail.

Commenting on the complexities of the project, Avijit Yadav, COO – GLA Management, said: “The combination of several components including the malls, a traditional market, a successful marina and 1.6 kms of beach make it a complex project for us to manage. Our reward lies in the fact that we can offer so many fun experiences to our customers.”

Upon completion of all phases, AL KOUT will occupy a massive 300,000 sq.mtrs of area creating Kuwait’s largest waterfront mixed use destination.