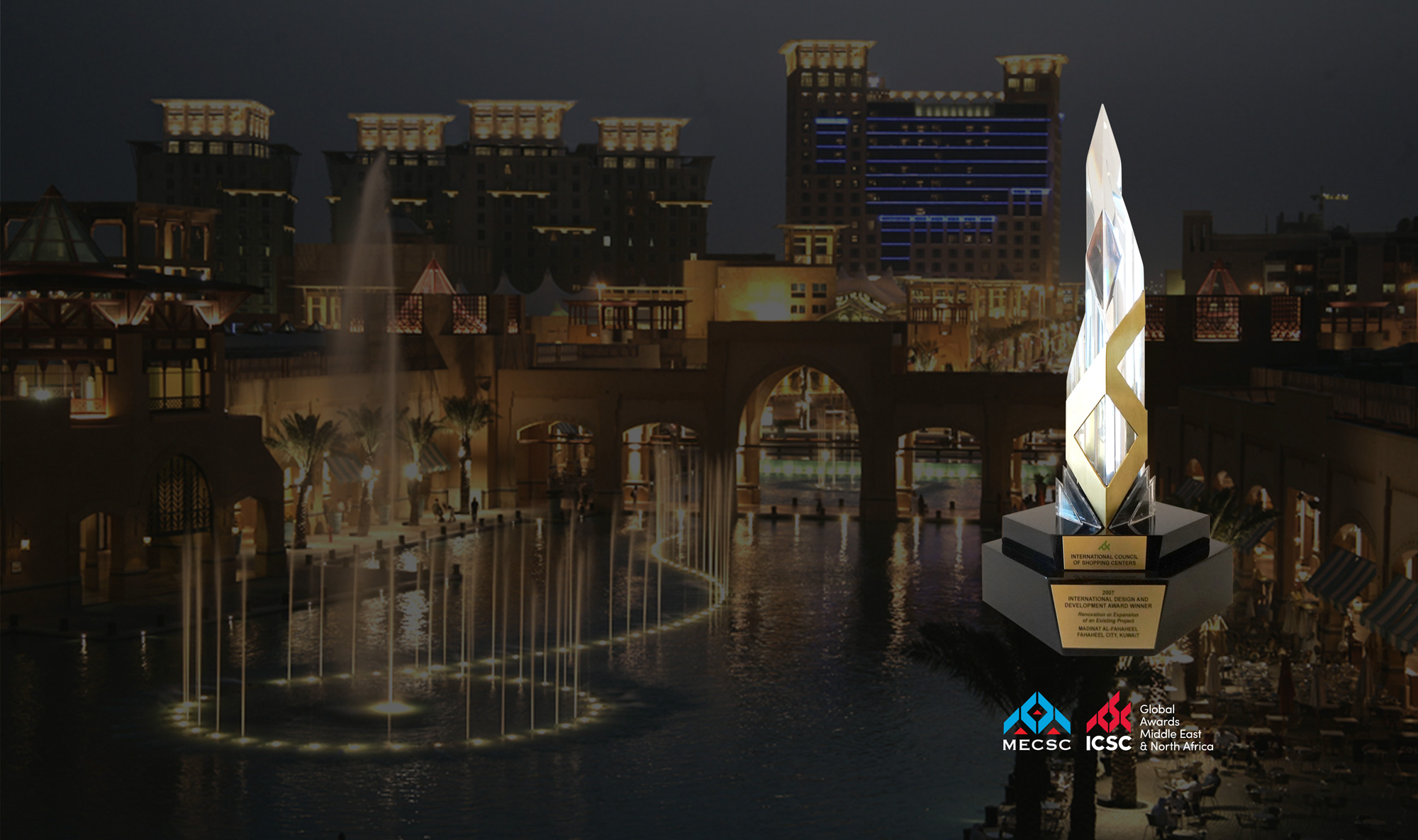 Madinat Al-Fahaheel is an integrated mixed-use development that spreads over 300,000 sqm, encompassing Al-Kout Shopping Center and Fahaheel waterfront, Al-Manshar Complex (including a shopping center, residential towers office towers), Al-Manshar Rotana Hotel, and a future multistory car park. Al-Kout component of this project is a new landmark for Kuwait, targeting sensitive seafront development, environmental awareness and local culture. The renovation of Al-Manshar has expanded a dated 1970s mall, transforming it into a retail and entertainment destination, while the Rotana hotel has provided the area with much needed first class hospitality services. According to the judging committee, "Madinat Al-Fahaheel is state-of-the-art in its environmental sensitivity and in its cultural sensitivity. Ultimately, it has created one of the most productive real estate developments in Kuwait."

Madinat Al-Fahaheel has previously won several awards, including the Award of Excellence for Al-Kout in 2004, and for Al-Manshar in 2007, from the American Concrete Institute (ACI), Kuwait Chapter. Dar Al-Omran received, for its design of Madinat Al-Fahaheel, Retail City's "Architectural Designer of the Year 2007 Award," Dubai. Dar Al-Omran also received for Al-Kout component, "The Islamic Architecture Award, form Cityscape, Dubai, 2007, as well as "the "The Ministry of Public Works and Housing Award for Consultancy Work 2007," Jordan. Moreover, the 2007 Leadership Award was won by Tamdeen during the Sixth Conference for Private Sector's Role in Development and Infrastructural Projects, in recognition of Al-Kout, one of the most significant BOT projects in Kuwait. Tamdeen Real Estate also won “Best Real Estate Developer” in Kuwait for the year 2007 from the world renowned Euromoney Magazine.