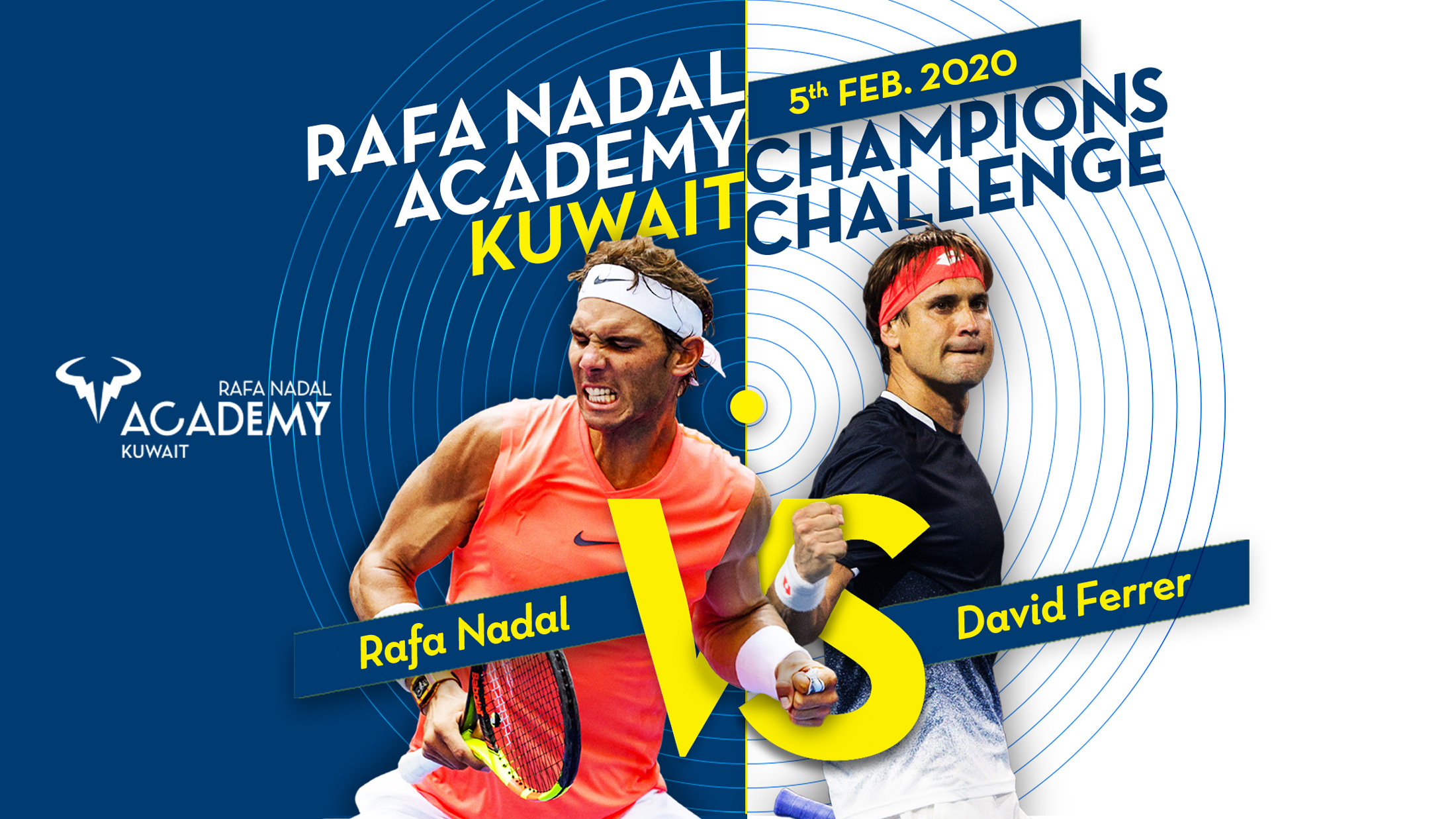 The world’s best tennis player, Rafael Nadal, will serve up the start of a new era for the sport of tennis when he inaugurates the Rafa Nadal TennisAcademy Kuwait, a training and developmental hub at the all-new Shaikh Jaber AlAbdullah Al Jaber Al Sabah International Tennis Complex, with an special match on Wednesday 5th February.

Rafa Nadal Academy Kuwait is the second such facility bearing the name of the global tennis icon and the first Rafa Nadal Academy outside the superstar’s hometown in Mallorca, Spain, and constitutes a key part of the Shaikh Jaber AlAbdullah Al Jaber Al Sabah International Tennis Complex. The Academy will now open membership registration before opening the doors in April.

One of the country’s pioneering public-private partnership projects, this is the biggest sports initiative in value and size under the Kuwait Public Authority for Sport. It is directly linked to Tamdeen Group’s award-winning flagship 360Mall.

“The creation of this fascinating project was an important milestone in the vision of our wise leadership and government to invest in youth and nurture their talent in recognition of the vital role that the youth play in the developmental process,” said Mohammed Mustafa Marzouq Al-Marzouq – General Manager of Tamdeen Sports.

“To contribute to the development of the sports system in Kuwait, we strive to support this vision. We hope that the launch of this project will constitute an important transformation in this system. The launch of this project and the existing cooperation with the Rafa Nadal Tennis Academy has formed a space of hope and joy for our youth, children, and all lovers of the game in Kuwait.”

The Shaikh Jaber Al Abdullah Al Jaber Al Sabah Tennis complex boasts the latest world-class technology throughout, from the “ProCushion” acrylic international standard surfaces to the advanced soundproofing method, and will, when fully operational, be home to the Kuwait Tennis Federation. At its heart will be the 5,000-seat Kuwait Arena.

Professionally certified coaches who embody the all-action work ethic of the planet’s best tennis player will coach all levels and ages, and have access to state-of-the-art fitness centres for men and women, and healthy F&B options.