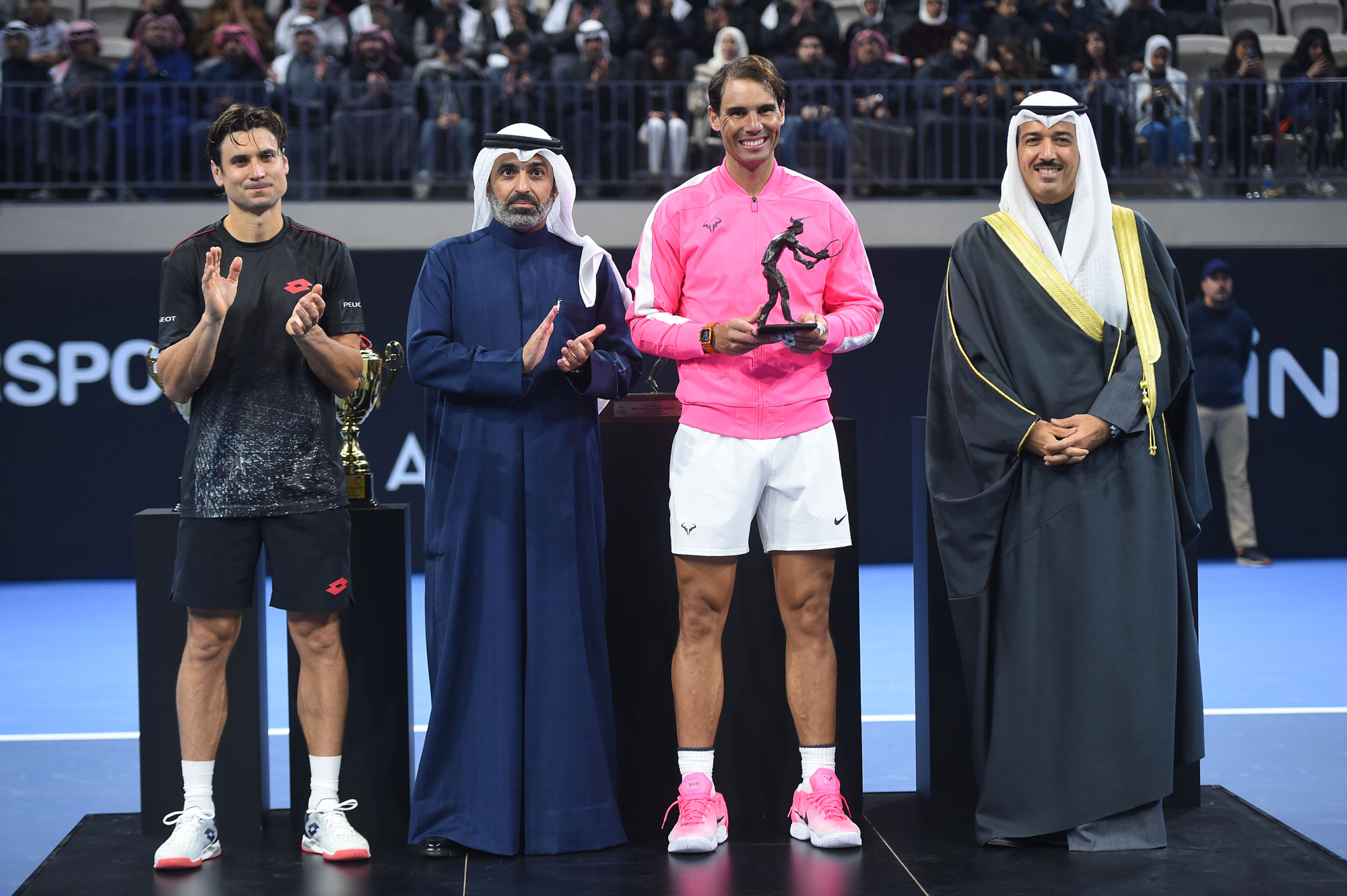 The match, which served as the inauguration of the Rafa Nadal Academy Kuwait, a partnership between Tamdeen Group, Kuwait’s leading mixed-use developer, and Rafa Nadal Academy by Movistar, only the second such facility in the world bearing  the 19-time Grand Slam champion’s name, and the first outside of his hometown of Mallorca, Spain.

World No. 2 Nadal and former top-ranked ATP star Ferrer played out an intense match, complete with fast-paced action and the occasional trick shot, with Nadal prevailing 6-4, 6-3 after a 90-minute encounter.

"This was an incredible experience for me and hopefully for everyone here," said Nadal after the match."There was a great crowd out there and for us it is a big night, a very special night."

The Kuwait Champions Challenge, the first clash of its kind in the state of Kuwait and d Nadal’s Kuwaiti debut, represented an unprecedented opportunity for the packed crowd to get close look at Spaniard’s trademark skills, power, lightning movement and winning desire that have made him one of the greatest players in history.

Rafa Nadal Academy is now accepting registrations for memberships ahead of officially opening its doors in April.