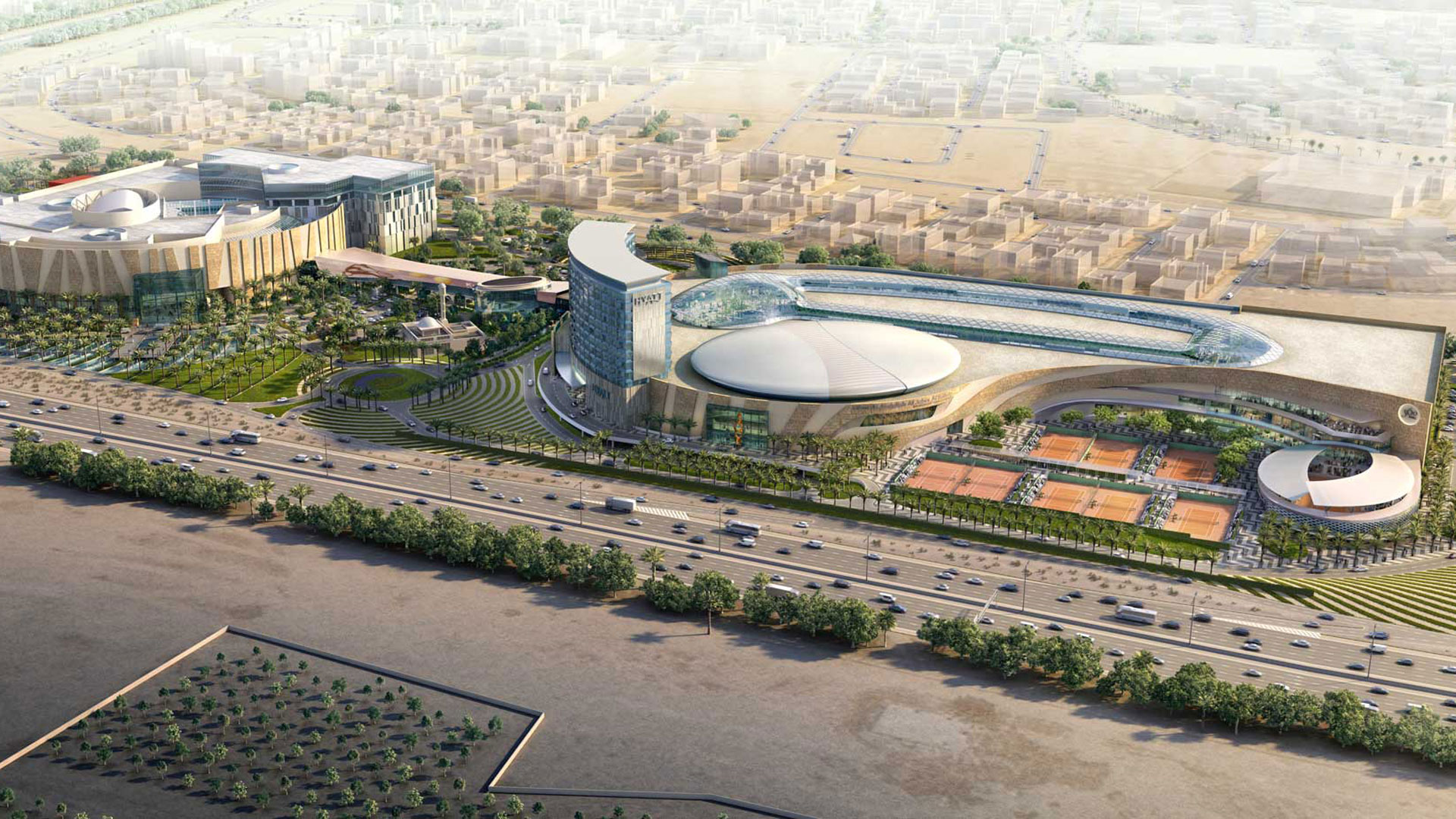 The massive expansion of 360 MALL, Kuwait’s iconic shopping destination, has commenced through the development of the new state-of-the-art Sheikh Jaber Al Abdullah Al Jaber Al Sabah International Tennis Complex, which will put Kuwait firmly on the world’s professional tennis map. The newly expanded mall with the tennis complex is expected to open doors by 2019.

The expansion will build on the huge success and identity of the existing 360 MALL with an added offering which includes sports, entertainment, a hotel, and additional shopping. The mall is owned by a subsidiary of Tamdeen Shopping Centers Company, one of the Tamdeen Holding Group of Companies.

Mohammad Al Marzouq said: “This will be the first time in the world that retail, sports and entertainment come together under one roof and on this scale. When the expansion work is complete, 360 MALL will be further enhanced and together with the tennis complex will become a landmark in Kuwait. We aim to promote the very best brands from around the world under one roof whilst simultaneously encouraging a healthier and more active lifestyle for Kuwait residents.”

Al Marzouq further added: “We believe that the synergy between the glorious game of tennis and 360 MALL, the premium lifestyle mall in Kuwait, creates an unparalleled experience. We are committed to Kuwait and to the development of tennis in Kuwait which we believe is a sport where the country excels. Through this project we will provide world class tennis facilities for the country.”

The expansion project will feature several new to the market retail brands, a signature five star hotel, in addition to outstanding restaurants, a ballroom, and a health club. The upgraded retail experience will leave shoppers with a multitude of new brands to choose from, while the hospitality and F&B facilities will create a new luxury paradigm.

The extension to the retail mall will increase the footfall by at least 30% to over 18 million discerning visitors. The tennis complex will have a combined stadium seating for over 7,600 people across two main arenas, each with the capacity to hold 4,000 and 1,600 people respectively, eight indoor courts with over 500 seats and eight outdoor courts with 1,500 seats.

In order to enhance the “event experience”, spectators will have direct access to the tennis arena from 360 MALL, the 2,000 car multi-storey parking, and from the 6th Ring Road. There would be a seamless relationship between the mall, the tennis facility and the hotel.

Al Marzouq added: “The main tennis arena when not being utilized for tournaments will serve as an entertainment anchor for 360 MALL and provide a venue for leisure and recreation with a yearlong calendar of events and activities.”

Sheikh Ahmad explained: “Kuwaitis have a long history of tennis and we produce some of the top players in the GCC. It is time we showcased to the world our sporting prowess and infrastructure. Few facilities in the world offer such indoor tennis facilities adjacent to a fine range of outdoor courts. This is unprecedented except for the Grand Slam grounds.”

Additionally, the facilities will provide a base for a tennis club which will cater to the young aspiring sportsmen in Kuwait and give them a venue like no other. For young people, the location will have greater attraction because of the retail, entertainment and leisure opportunities in the immediate 360 MALL vicinity.”