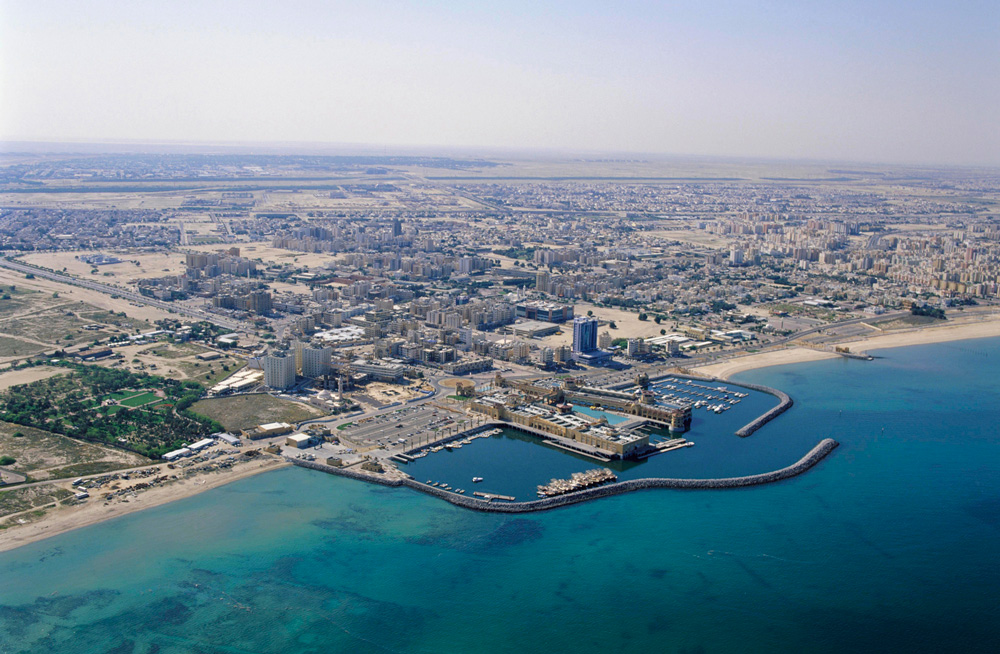 The award will be presented by the Award Foundation of the Arab Towns Organization during an official ceremony that will be held in Qatar in April.

The wideـranging project based in Kuwait''s southern Ahmadi province has contributed greatly to the vital development of Fahaheel''s city center. The project was instrumental in helping the city become an important economic entity in Kuwait, with a distinct architectural and cultural identity.

AlـMarzouk added: "''By recognizing excellence in architecture and celebrating the very best in building design we are committed to establishing a benchmark for creative projects locally that also contribute directly to the growth of complimentary sectors such as new employment opportunities that focus on promoting architectural identity." "The Architectural Project Award", celebrating its ninth year, is awarded to the best project built in an Arab city which is inspired by Arab/Islamic architecture, where traditional architectural elements are employed and adapted to suit contemporary requirements. It illustrates a clear and conscious culturally influenced approach to the general design scheme.

The AlـKout Fahaheel waterfront project is a commercial, cultural and entertainment project developed over 200,000 kilometers of land area that cost 23 million Kuwaiti dinars to build. It is situated along the 1.6 kilometer traditional Fahaheel fishing harbor combining the natural beauty of the sea with complimentary building architecture design which is a central feature of the community.

"The Arab Architect Award," was awarded to Jordanian architect Wael AlـMasri, associate partner with Dar AlـOmran the architectural consultant, for his lifetime achievement and commitment to the development of contemporary Arab/Islamic architecture. He has been a staunch advocate of such designs and research over the past three decades. AlـMasri stated that the Fahaheel waterfront project is the first phase of Madinat AlـFahaheel Development, which includes several construction phases such as AlـManshar Complex in phase two and the fiveـstar AlـManshar Rotana Hotel in phase three. Madinat AlـFahaheel also includes other project development aspects currently under design. "The committee evaluated this project according to selected criteria based on internationally recognized urban, architectural, technical, environmental, and cultural standards. I am delighted that we have demonstrated our high standards and achieved such remarkable results," said AlـMasri.

AlـKout has previously won several prestigious awards, including "The Award of Excellence" in 2004, from the American Concrete Institute (ACI) Kuwait Chapter. Tamdeen received the "Best at Retail in Kuwait Award" from the Kuwait Euromoney Real Estate Awards. The 2007 "Leadership Award" was also won by Tamdeen during the Sixth Conference for Private Sector''s Role in Development and Infrastructural Projects, in recognition of AlـKout, one of the most significant BOT (BuildـOperateـTransfer) projects in Kuwait. In addition, Dar AlـOmran received "The Islamic Architecture Award", from Cityscape Dubai 2007, as well as "The Ministry of Public Works and Housing Award" for Consultancy Work 2007, in Jordan for AlـKout project. Dar AlـOmran also received the Retail City''s "Architectural Designer of the Year 2007 Award", in Dubai for its design of Madinat AlـFahaheel. Madinat AlـFahaheel was awarded the International Council of Shopping Centers'' (ICSC) "2007 International Design and Development Award" during the 31st award ceremony in Phoenix, Arizona.