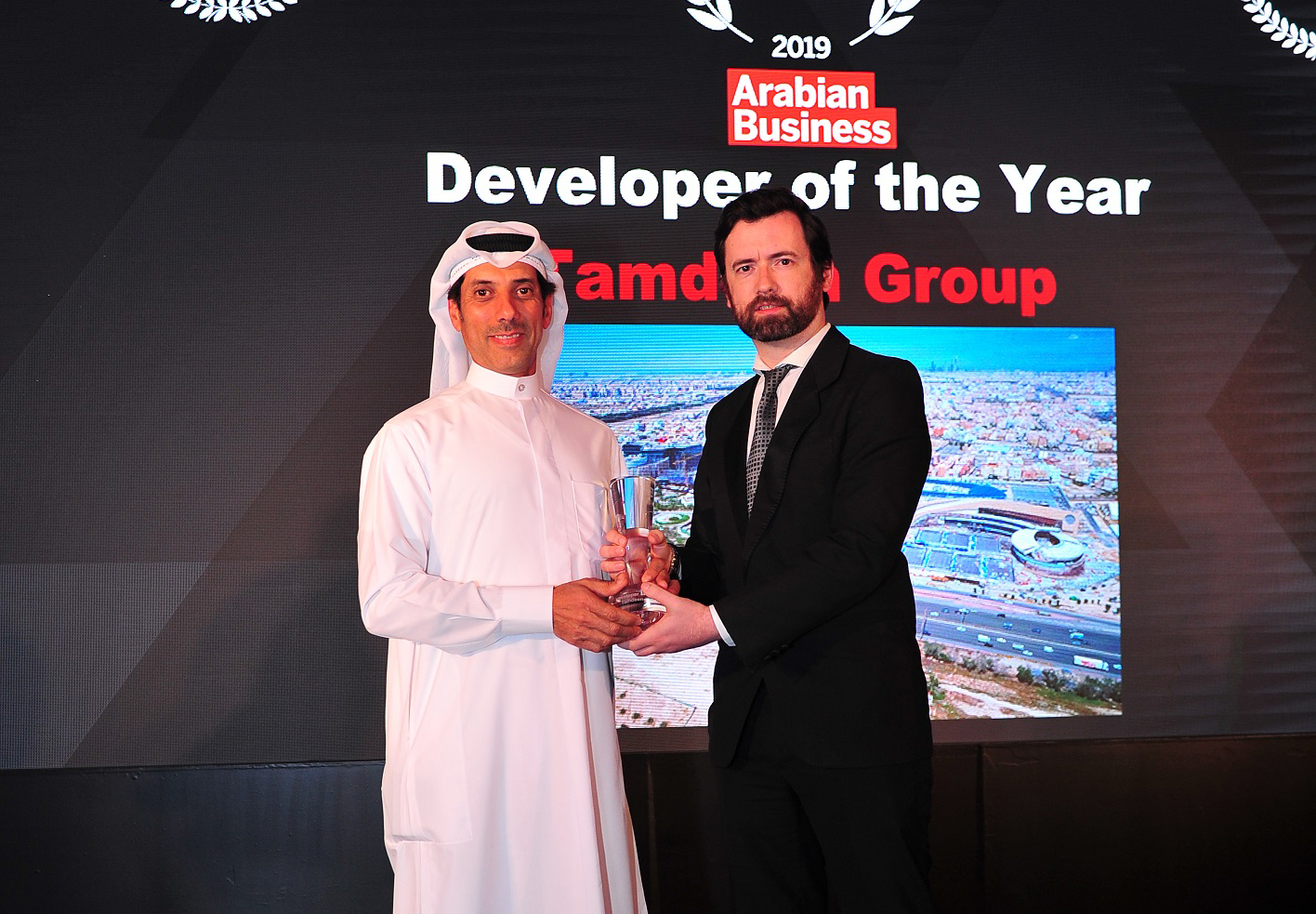 Tamdeen Group, the leading mixed-use developer in Kuwait, has been named “Real Estate Developer of the Year” at the 2019 Arabian Business Awards-Kuwait during a prestigious ceremony that took place on April 28th at the Four Seasons Hotel Kuwait at Burj Alshaya.

Highlighting corporate and individual achievements in business industry, the award recognizes the Group’s outstanding and innovative mixed-use projects across Kuwait, which include the iconic Sheikh Jaber Al Abdullah Al Jaber Al Sabah International Tennis Complex, the country’s biggest public-private sector partnership project which is set to open at the end of this year. A judging panel of industry experts awarded Tamdeen Group for meeting all conditions and requirement in this category.

This is the second time Tamdeen Group has taken Kuwait’s “Real Estate Developer of the Year” from Arabian Business with the first being in 2016. Receiving the 2019 award, Ahmed Abdulaziz Al-Sarawi, Chief Executive Officer, Tamdeen Shopping Centres Company, said: “Being able to twice attain this prestigious award is testimony to both our steadfastness in delivering on our vision, and our continuous efforts to innovate and develop mixed-use projects that serve the national economy”.

The Tamdeen Group has recently obtained license for its latest entertainment, cultural and trade project in South Sabahiya while it is set to open the iconic Sheikh Jaber Al Abdullah Al Jaber Al Sabah International Tennis Complex end of this year. The group is also developing Al Khiran Project in Sabah Al Ahmad Sea City, that will be the biggest waterfront destination ever developed by a private company in Kuwait.